Life comes with it’s ups and downs, pleasure and pain… and from an athlete’s point of view training hard and relaxing and recovering. They are not mutually exclusive. Knowing your body and knowing when to allow it to rest and heal is key to pushing yourrself to higher levels of performance. This always seems to come to mind when I am sore from over-training or taking on a new exercise regimen.

What’s funny to me is that no matter how good of a level of physical shape I think I am in, if I engange in some new exercise regimen or physical activity that I have never done or haven’t done in a while, boy do I feel it the next day… and especially a day later! I had this happen to me this past weekend from doing some new types of pull up exercises (including one-armed) as well as with some other activities I haven’t done in a long time, like chopping wood… a lot of wood!

It also reminded me of how impressed I am with some of my friends and family members that do a lot of manual labor in their jobs, namely in the construction business. You gain a natural, gradual all around body strength that is different from going to the gym for example or doing calisthenics for that matter.  It’s something that you don’t seem to lose either, because your job conditions you over time. I am not saying it is necessarily better, but different. I will still put my uncle (who is a mason) up against almost anyone in an arm wrestling contest though!

So where am I going with this?  Simply that you need to push through your training but be smart about it. Change things up! In this case changing things up in the exercises you engage in or doing new ones altogether. Expect to be sore or more sore than usual. But this diversity in your training is a good thing. It is the antidote to one of my personal (and many other athletes and martial artists) greatest nemesis — hitting plateaus. 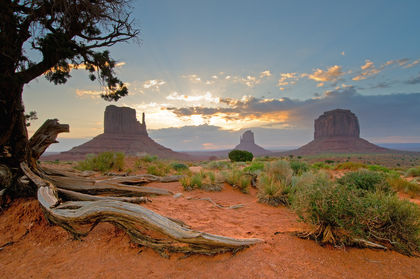 I remember in the past when I have hit plateaus in my martial arts training, I got so discouraged that I almost did not want to do anything and even wanted to miss my classes which I went to religiously. I almost get lazy about my training. I must say this is natural though and will happen to almost everyone sooner or later. It will probably even happen several times in your life.

Why does this happen? It comes from doing the same training regimen over and over, which for some people who have never done it would be quite difficult. But for you it’s relatively easy because your body is used to doing it and has adapted. Also understand, that your mind also can get run down from doing the same thing over and over and that it’s all connected (The Mind-Body Connection). By changing things up so you can push through plateaus in your training, you will re-ignite and add excitement back in to it.

The other key in this equation to pushing through is taking a break and allowing your body and mind to recover and disconnect for a few days or more if need be.  I did this the first time it happened to me in the martial arts, I felt compelled to take some time off and my teacher at the time said it was a good idea for me to do so as well. It worked wonders for me when I came back almost a week later excited to train hard again. But be careful though, this can be a slippery slope and can be used as an excuse to get lazy.

After taking a break you will be refreshed both physically and mentally.  Changing things up applies to all areas of your life really, not just your physical fitness level. It is natural to hit plateaus in your relationships, work and even in your spiritual practice as well. Most likely you will. Find new ways to push through. If you’re a martial artist for example, take on a new art that you have always been interested in but for whatever reason have not.

Another thing that can help a lot is taking a trip somewhere new or somewhere you haven’t been to in long time to disconnect from the norm and gain some new perspective in any area of your life.